Collection of all the general dog breed info about Shiranian so you can get to know the breed more.

The Shiranian, also known as the Shih Tzu Pom, is a mixed breed belonging to the so-called designer dogs. Designer dogs have been increasing in the last two decades due to their popularity among celebrities. These are not dogs that can be registered with the AKC or other purebred organizations but they are part of many hybrid organizations.

The origin of the puppy began with two distinct breeds, the Shih Tzu and the Pomeranian. The Shih Tzu is thought to be one of the 14 oldest breeds that come from China, where its name means ‘lion dog’. According to the experts, these dogs were present there as early as 8000 B.C. Some believe that they were actually developed by Tibetian Monks and were crossed with other breeds such as the Lhasa Apso or the Pekingnese. Regardless of how the breed was developed, they were popular as companion dogs among the royalty as they were gentle, smart, and joyful. For example, it is mentioned in several documents from that period that the Ming Dynasty royal family used this dog as a house pet. However, there isn’t much mention of the dogs in documents from the 1700s to the early 1900s, but many pieces of art from that period depict a small, shaggy, and happy dog. As the dog became very popular many royal families competed to produce dogs of the finest coats and colors but because of the competition, breeding practices were kept secret. This led to poor quality dogs that were often sold in the marketplace and the good quality dogs were often smuggled out of the palaces and given as gifts to foreign visitors or Chinese noblemen. The first Shih Tzu pair was imported to England in 1928 and in 1969 it was recognized as a breed by the American Kennel Club.

On the other hand, the Pomerania was developed in the province of Pomerania from the ancient Spitz breeds and obviously got its name after the historical region which was in the far north on the border of the countries we know today as Poland and Germany. The breed’s ancestors were much bigger than them and it was only in the 18th century that they started breeding them to the modern, small size we know today. Moreover, the influence of the royalty also had an impact in forming the Pomeranian as it is today. Royals, such as the wife of Napoleon I and King George IV owned Pomeranians, and also the breed was very much loved by Queen Victoria, who had a red Pomeranian and choose to breed that trait into the next generation. It was Queen Victoria who inspired English dog fanciers to begin breeding even smaller Poms.

The Shiranian mixture seems logical since both dogs were very much liked. Both breeds exhibit highly protective behaviors towards their owners and the crossing of them has given people an opportunity to get a playful, cute dog who is loyal. The appearance of the mixture puppies have a somewhat lion-like appearance, and the mixture of the two parents emphasizes this trait. The wafting fur explodes from their tiny facial features, bearing an uncanny resemblance to a mane. This hybrid comes in several colors, such as red, sable, chocolate, black, gold, orange, and brindle. Overall, the only downside to the breed is that most of them tend to suffer from separation anxiety. 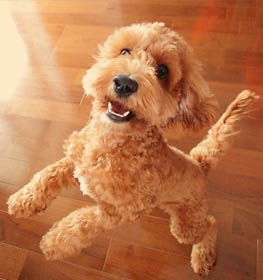 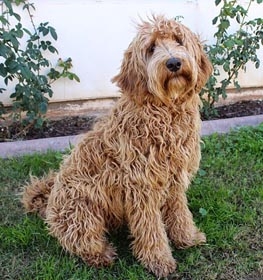