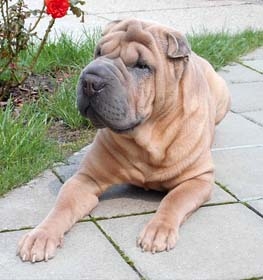 Collection of all the general dog breed info about Shar-Pei so you can get to know the breed more.

Shar-Pei As a Working Dog

The Shar-Pei is one of the oldest breeds originating from China, from several hundred years ago. Regarding the international position of China, the country was a closed economy and society immune to outside influences for a long period of time. The uniqueness in China’s culture is manifesting itself in their indigenous dog breeds as well. The Shar-Pei is native to China’s southern provinces, and its history goes back almost 2000 years to the Han Dynasty. The only evidence of the breed’s early existence are the statues that look alike the Shar-Pei, which have been dated to 200 B.C., nonetheless, these statues resemble the Pug and the Chow-Chow more. Chinese manuscripts are among the very few historical findings, dating back the ancient times, with references to wrinkled dogs. It was presumed to have been a peasant’s dog, and in the manner of peasant’s dogs in all times and places, the Shar-Pei was expected to be versatile. Thus, initially, the breed was developed to herd, hunt, guard property and livestock against rustlers and predators. The dogs were owned and employed by Chinese farmers, yet unfortunately later on the breed had gotten into the illegal dogfighting business.

In 1949, the People’s Republic of China was established. After that, the Communist regime strictly regulated dog ownership and systematically slaughtered many of the purebred population on the mainland, thus resulting in the Shar-Pei’s almost complete wipeout. Fortunately, a handful of Shar-Pei specimens remained in Taiwan and in Hong Kong.

The United States started showing an interest in the breed, after its official introduction and documentation in the USA, in the mid-1960s and 1970s. A man named Matgo Law, of Down-Homes Kennels in Hong Kong, appealed to the American fanciers of the breed, and he is credited with saving the breed from extinction in the era of strict communism, in the 1950s. The breed got famous in the United States with many fans all over the country, thus ensuring the Shar-Pei’s survival. In 1992, the AKC (American Kennel Club) recognized the Chinese Shar-Pei.

A fun fact about the Shar-Pei, they are the only breed apart from the Chow-Chow to have black and blue tongues, these are the only two breeds with this unique distinguishing mark. Today the breed on the western hemisphere is known for their devotion to their owners, and for their cute bristly coat, loose and wrinkled skin. However, unfortunately on the other part of the planet, in China, the breed is still suffering in a few fighting rings, which proposes legal cases for the people and health problems for the dogs. 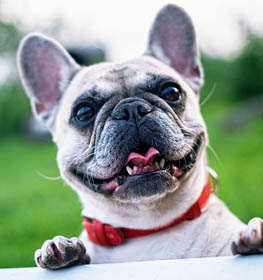 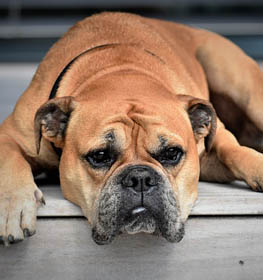 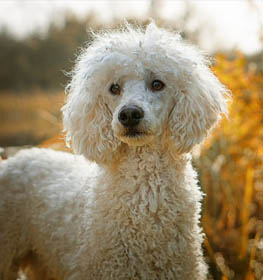 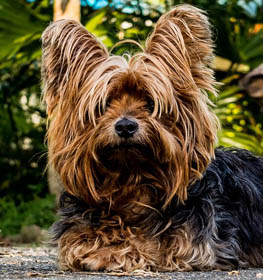