Collection of all the general dog breed info about Chinook so you can get to know the breed more.

The Chinook’s origin story is can be traced back with absolute certainty. An experienced Arctic explorer, named Arthur Walden, cross-bred a Siberian Husky female specimen with a large Mastiff-type dog in 1917, in Wonalancelot, North Hampshire.

This mating produced multiple healthy puppies, one of which, a larger male, showed the characteristics and traits of power, and great stamina, that Walden initially hoped to achieve. Walden then named this male specimen ‘Chinook’, and he is the one who became the forefather of the entire breed that we know today. Later, Chinook was mixed with several other breeds, including the Canadian Eskimo Dog, the Belgian Shepherd, and the German Shepherd. Female specimens were added to the mix for refining and developing the sled-dog capabilities, and male specimens were added in order to further develop strength, courage, and stamina. These characteristics were required and demanded by the explorers of that time. Walden’s breeding program quickly got renowned and popular; thus, he was invited to join Admiral Byrd’s Antarctic expedition of 1928. The original Chinook was part of the team during this expedition. Admiral Byrd’s travels were overall considered as a success, however, a terrible tragedy has happened; Chinook, who was 12 years old by that time, has wandered off into the wilderness, and was never found. Interestingly, the Chinook trail was named in honor of Chinook, which led to the dog’s original hometown in New Hampshire.

After Walden died, the Chinook breeding program’s control was passed on through a series of successions, through individual breeders. The most reputable breeders were Eva and Milton Seeley and Julia Lombard. Then, Honey and Perry Greene took over the breeding program, and eventually, they became the only people who bred the breed. However, over time, without a constant breeding program, the Chinook’s population numbers started to decrease. Consequently, their numbers dwindled too much, they became the world’s rarest breed, according to the Guinness Book of World Records. Before the 1980s, it is believed that only 28 specimens remained from the Chinook breed, and only 11 of them were sexually intact and of breeding age, worldwide. Nevertheless, fortunately, in 1981, multiple breeders and breed enthusiasts started a program to revive and save the breed from the brink of extinction. Thankfully, the efforts they made were successful, yet the Chinook is still considered to be a rare breed. Today, there are only 800 registered specimens, with approximately 100 puppies being born each year. This means a great uncertainty about the breed’s future prospects.

Regarding their recognition, both the AKC (American Kennel Club) and the UKC (United Kennel Club) registered the Chinook.  Later, the Chinook was also named the Official State Dog of New Hampshire. Chinooks today are mostly kept as athletic, powerful, and active family companions. The breed is thought to be excellent around people, for the reason that it enjoys being a part of a pack or a family.

Sharing is caring.
Help our free service by spreading information about dog breeds.
Link to this: Chinook Breed Information
<a href="https://dogell.com/en/dog-breed/chinook">Chinook Breed Information</a>
Despite the best intentions, there may be errors. If you find one, please let us know and we will fix it as soon as possible. Contact us here. 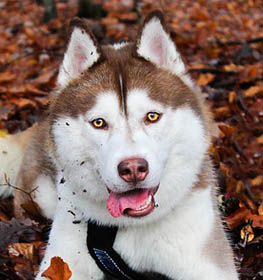 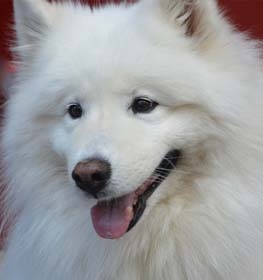 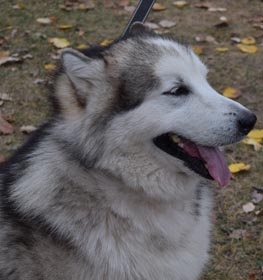 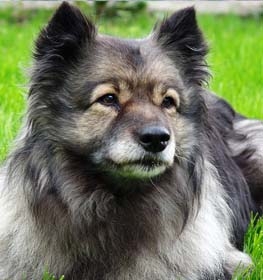