At 21 years old Kylie Jenner the American plus-size model and reality TV star is expecting her second child, however little do you know that she’s a mother and grandmother of almost 10 dogs. She earned her grandmother title because her two Italian Greyhounds Bambi and Norman had puppies. On one of the celebrity pet collection sites (Celebrity Pet Worth), you can find out Kylie Jenner dog names, types, and value of the dogs. 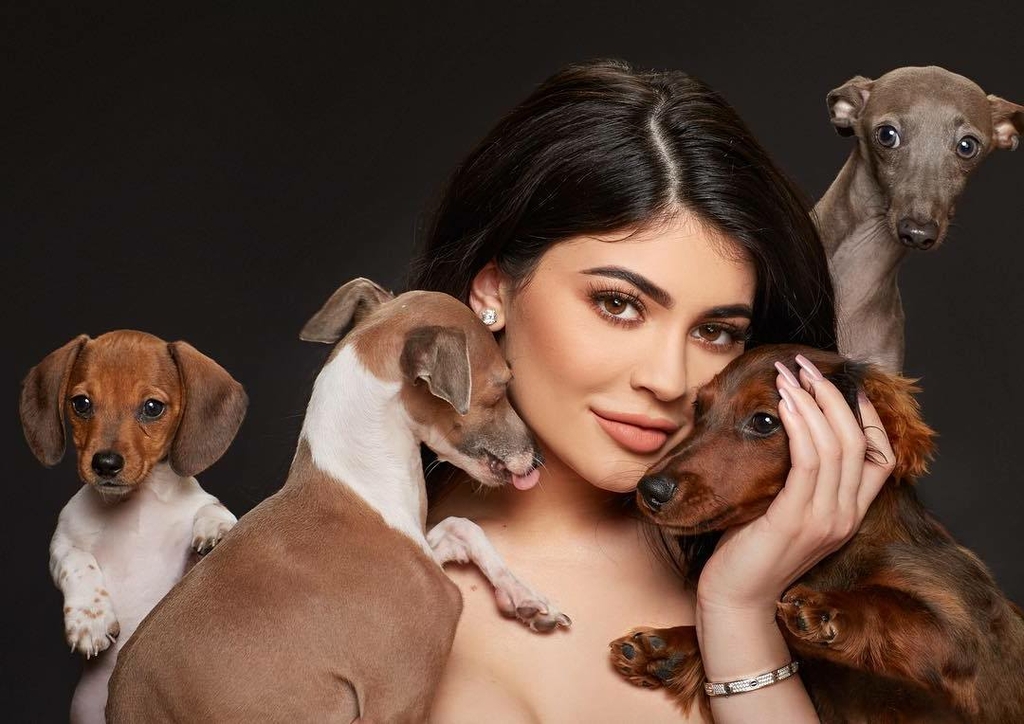 There's very little information about Adam on the Internet, but his first debut was on the New York Fashion Week in September 2012.

According to Kylie, she always wanted to have Italian Greyhound, so she got a puppy on Christmas 2014.

In March 2015, Bambi joined for Kylie's Greyhound Norman. It was a lucky match, new Italian Greyhound puppies were born in December 2016.

Tyga, the famous rapper in September 2015, surprised her friend Kylie with an English Bulldog puppy, Rolly.

Sofia was the third of the Italian Greyhounds in the collection, joining the four-legged kennel in 2015.

The first photo of the tiny Dachshund was captured when Kylie was 18 years old. The picture was taken in the garden of the family's house in hidden hills.

The two chocolate labradors were given as gifts in 2011. Since 2012, the two dogs haven’t been in any social media posts.

The Maltese dog has been at Kardashians for a few years, but nowadays it lives at the family’s friend.

If we add the value of Kylie Jenner dogs, the total will exceed 6,8 million dollars. Her love for dogs takes a whole other level, creating better conditions for his pets than most humans have: ultra-luxury dog house built in the back yard. House? Perhaps this is not the best definition for it, because it’s a modern, real, well-equipped house in an American style. It also has air conditioning and heating system.